Forests or office buildings? Google launches Go Paperless 2013 campaign. But, all of the “paperless” sponsors are companies that profit from electronic media using enormous amounts of electricity!

Following a discussion with Holly about Google’s “Go Paperless in 2013”campaign, I decided to determine our own office paper costs, to see what the potential benefit would be, for a small business such as ourselves, to attempt such a feat.  It would also help me see if we would be saving the environment to do so.  Mind you, almost all of what used to be paper only is already digital, but rather than an either/or scenario, it has evolved in our plant to frequently be both, as both have attributes that make them more desirable for given situations.

Total yearly paper cost of $289.32.  Along with this would be toner cost, but it still represents a fraction of the cost to implement and maintain over time a system of devices, software and training for personnel to create a paperless workplace.

The idea of providing terminals and software for every work station, that normally would have a written job instruction to follow or a written distribution list, is just absurd.  What an incredibly expensive and inefficient way to work, not to mention the endless scope for error as suddenly everyone in the plant is responsible for keying in important information.  At least with paper everything we use gets recycled.  I cringe at the amount of e-waste we generate as it is.  The idea of doubling the size of that useless pile of devices is not a cheerful thought.

Further, for us to go paperless our customers and suppliers would have go paperless as well.  Some of our largest customers pay electronically but must be invoiced with hard copy including shipping receipts from complex distributions.

Printed Paper is a Renewable Resource

Most importantly, I see that most of the wood pulp used in making paper in North America is grown on small family owned parcels of land.  If the owners of those parcels can no longer occasionally and selectively log their woods, with responsible forestry practices, they will have no income to offset their property taxes.  In the long run that means fewer forests and more strip malls.  If we want to increase the size of the forests, then we need to increase the value of and demand for wood products.  Unlike electronic devices, trees are a renewable resource.  Last I heard that was a desirable trait.

So is the Google campaign just blatant “greenwashing”?  Given that there is no financial benefit and the alleged environmental benefits are dubious at best, I would have to say yes.  I’m reminded of the Frank Zappa album:  “We’re Only In It For The Money”.  With nothing more tangible, all they have to sell is smoke and mirrors.

Without a doubt the Google consortium have their heads in the proverbial/digital cloud and I think I have a pretty good idea of what kind of smoke that cloud is comprised of.  I only hope they’re not using the mirrors as well.

The Value of Print

Friends of Paper and Print 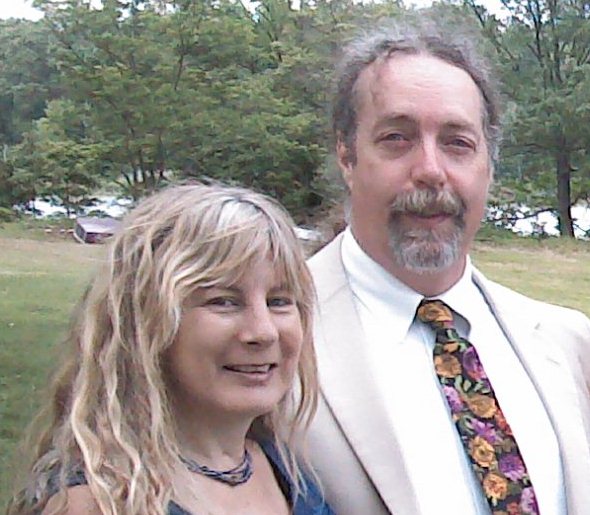 Mark and I are pleased to announce that Williams & Heintz Map Corporation has been featured in Printing & Graphics Association MidAtlantic (PGAMA), Sustainability Spotlight.  PGAMA is the leading trade association serving the visual communications industry in Virginia, Maryland, Washington, D.C. and Southern Pennsylvania. PGAMA represents over 1200 firms across the region. The spotlights focus on projects implemented by a member company reducing the environmental impact of their processes, or supporting the sustainability of their company. The spotlights are structured in the form of case studies so that the membership at large could adopt a similar project at their company.

Here is the Story from the Spring/Summer 2012 Print Matters:

PGAMA’s Sustainability Spotlight focuses on members’ environmental efforts. In the spotlight this issue is member firm Williams & Heintz. Located in Capitol Heights, MD, the company was established in 1921, and creates custom maps, provides map printing and folding services, offers GIs cartography, and more. President and chief stockholder Holly Heintz Budd is an environmental ecologist with a B.S. in environmental studies from Rutgers University and an MBA from trinity D.C. University. As a result of her leadership in this area, the firm has employed materials and practices that are as kind to the environment as possible. Holly says, “Williams & Heintz Map Corporation is a sustainable printer whose ‘green’ initiatives are not just a marketing tool. At Williams & Heintz, we strive to minimize the impact of the environmentally and energy intensive process that is printing; as well as to maintain a good, healthy workplace.” Following is the William & Heintz sustainability story.

Mark Budd, the company’s secretary/treasurer, says Williams & Heintz (W&H) has always implemented environmental activities, and got started for the same reason many businesses do: to reduce expenses. It began with simple measures, such as recycling aluminum plates and paper. Now, however, W&H incorporates many more sustainable practices as part of their business operations, and sees it as one of the company’s core values.

W&H made it a goal to stay on par with the environmental standards for California (the state with the strictest requirements in the nation), in order to do business with customers there. By doing so, the business has always kept one (or two, or three!) steps ahead of local requirements.

W&H became one of the first printing firms to completely eliminate alcohol in both pressroom and finishing operations in the 1990’s. The dampening systems on their presses are alcohol free. Alcohol-based fountain solution was eliminated and replaced by substitutes. In addition, their press washes are non-petroleum and water miscible.

W&H also switched to vegetable based inks rather than soy inks. Soy inks are made from cheaper, non-edible grade soy oil imported from South America, and choosing vegetable based inks as their standard ink is a deliberate effort by the company to not add to demand for soy oil from areas currently occupied by rainforests.  In addition to being beneficial on the harvest end of production, vegetable based inks dry by oxidation, unlike heat- set inks used on web presses, which require the use of propane, natural gas, or some type of electric-powered oven. These drying methods discharge large amounts of particulate matter into the atmosphere (unless scrubbers are used.)

W&H has noticed a positive impact from their sustainable practices across the board, from boosting the company’s bottom line, improving staff involvement and morale, and aiding with recruiting; to establishing loyalty among customers and receiving a welcome from within the community.

Holly says that customers have always appreciated their sustainable efforts, and has found that it continues to give W&H a competitive edge. Mark adds that today’s customers are more educated about environmental practices, and not only appreciate them, but expect them.

As far as impact on the staff, Holly says W&H sustainable practices are a source of pride for employees. Mark notes that as the company implemented new practices, employees HAD to get involved. But once committed, they contributed innovative ideas and energy to various programs. He also noticed that employee morale improved as they became more engaged and attributes that to the fact that, “…doing things better makes everybody feel better.” those efforts further instilled company pride and loyalty. The average W&H employee has been with the firm for 20 years.

When it comes to benefits for the community, Holly says that W&H is a welcomed member since they are not adding things to local landfills. What’s more, since their sustainable efforts have helped to increase profits, the company has been able keep hiring workers…and retaining them. That is an obvious perk in any area.

The company is currently working on G7 certification, and an effective color management plan to reduce waste of ink, paper, and time.

Mark Budd says that the game plan for W&H certifications is to create sustainable green print. They have followed a series of steppingstones as they continue to work towards that goal.

Holly says the first certification was ISO 9001:2008, a quality certification. They saw immediate benefits, but as they got into the practice of documenting how they did things, it brought to light other areas that needed to be changed. That led to the ISO 14001:2004 certification, an environmental management system, and subsequent certifications.

Mark says the upfront costs of certification are initially just labor, and audit fees are not that extreme. But, the investment for W&H was well worth it since they began printing on plastic. He notes that the process they had been using previously, for printing on paper, simply needed to be changed in order for the company to maintain the same level of quality for which they are known.

Holly says environmental stewardship “…is a passion” for her, and feels that PGAMA has given her a forum to bring her passion to her work. “Being part of PGAMA has been a wonderful resource for W&H environmental efforts because it gives industry executives the chance to share with and learn from each other about what sustainable practices they are each undertaking. She points to the Association’s partnership with EnerNOC as an example. “PGAMA’s collaboration with EnerNOC has been so beneficial for W&H, and we learned about it as a direct result of our membership. The program monitors energy usage, and has been an awesome tool to help us save money as well as energy!