Phil Riebel’s Earth Day Request: Cut the Anti-paper Greenwashing!
Because “save a tree” requests are misleading. All products and services have pros and cons. Paper and electronics can co-exist, and in some cases, like the the mapping industry, when used together, increase function and value.

I am ticked off at my bank, utilities and telecom providers for saying “go green – go paperless.”

I’ve had it with my bank and all the other companies that are bashing paper products to promote electronic billing, statements and other e-services.  Yes…I’ve finally lost it.

I have decided to be diplomatic and not name you…but we all know who you are.

To my bank and other providers out there who are doing this:

You are damaging my livelihood and you are misleading people with greenwashing so that you can cut costs.  Please be honest.

I am your customer and I have spent the last 25 years of my life working in the forest and paper industry.  This industry has allowed me to lead a good life, raise a great family together with my wife, and provide a good education for my children.

I buy your products and services: banking… 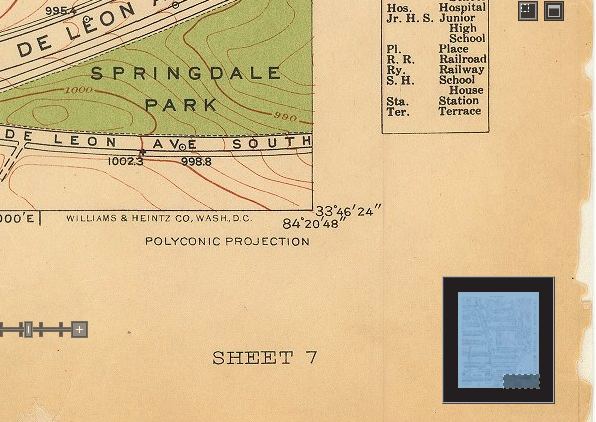 Over on our facebook page, Williams & Heintz has a new “like”, and it came with the most Awesome link!  Jack Kittle, of  Decatur, Georgia, found 1927-1930 topographic maps of Atlanta.  Our name is listed in the lower right hand corner.  Here is the link, that will take you to the Digital Gallery at Emory University. They have 75 pages of the City of Atlanta tax plat maps that we printed when my great grandfather first got into the map printing business.

Company lore has it that, one of our original jobs as a map company was engraving, (copper plate), and printing, (stone lithography), tax plats for cities, of which Atlanta was one. Without accurate maps, the cities were losing revenue, because they didn’t know who to send the bill to.

Jack Says, “I first ran into copies of these maps at the DeKalb History Center. Their copies are from the DeKalb County Planning Department. New developments – streets and buildings – were carefully added in black ink until sometime in the 1950s. This fits the tax plat scenario. Note that this usage was not in the City of Atlanta, rather in the area to the east.”

What Role Have Women Played in the History of Mapmaking? 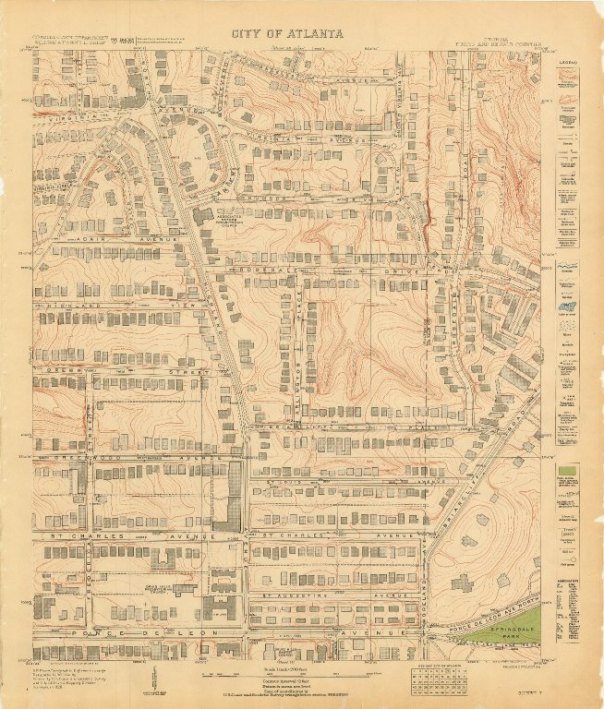