Heinrich Berann is considered the father of the modern panoramic map.

In the 1960s, Heinrich Berann painted a series of posters commissioned by the United States National Park Service.   Greater Yellowstone was one of these that was printed by Williams & Heintz.

At Williams & Heintz, the story has it that, the head of publications  for the National Park Service, Vincent Gleason, actually went up in a small plane with Berann.  They flew around Yellowstone, as Berann made the sketches that became the basis of his painting.

The color separations for printing where made from the actual painting itself, at Mueller Color Plate, in Minneapolis, on a process camera.

The posters are available at the US Government Bookstore.

Matthias Troyer, a grandson of H.C. Berann, maintains a website of Berann’s work. 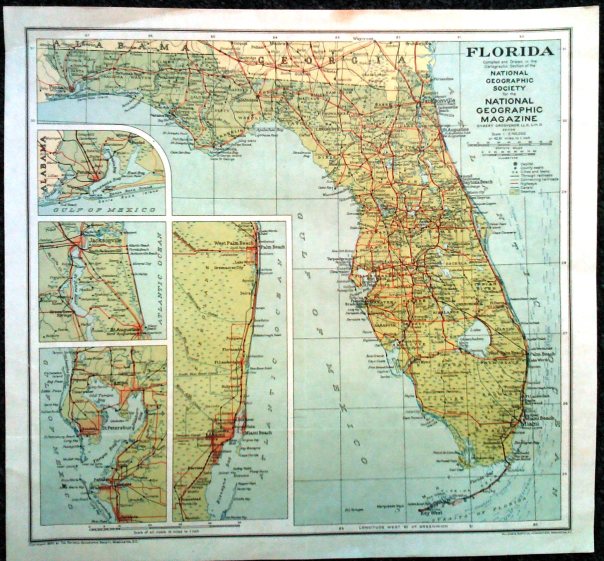 Williams & Heintz Map Corp. has been printing maps for entrepreneurs, government agencies and map publishers since 1921.  We printed this 1930 map of Florida for the National Geographic Society.  Back then we did business under the name of Williams & Heintz Co., Lithographers. 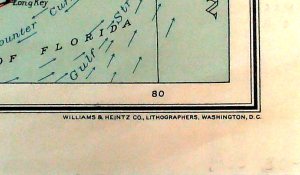 Sure was a lot more swamp land then!  And no major interstate highways to travel. I am intrigued that the insets all show railroad hubs.  Back in the thirties, an employee at Williams & Heintz took a road trip south, to visit with a long lost relative, and was gone for six months!

What would it look like today if  the interstate highway systems had not been developed?

Spencer Fleury  has an interesting blog post about abandoned rail roads in Florida, and their use.

Posted in History, The Map Vault

From The Map Vault of Williams & Heintz Map Corp.- Tectonic Map of Mexico 1961 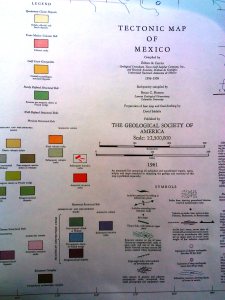 Williams & Heintz Map Corp.  printed the Tectonic Map of Mexico in 1961 for the Geological  Society of America.  The map was compiled by Zoltan de Czerna. The Bathymetry was compiled by Bruce C. Heezen.  The preparation of the base map and final drafting was done by David Saldaña.  They spent the years from 1956 to 1959 compiling and preparing this map.

After printing, we would inspect each individual sheet.  Because even though this is a multi-color map, it was printed on only a two color press,  a more common press in the early 1960’s.  This required the paper to be fed through the press multiple times.  The difficulty was, that if the paper did not feed into the press exactly the same every time, it would result in a misregistration of the image.  Since the run lengths of these jobs was rarely more than several hundred we used to run a significant amount of overs and when the job was finished each sheet would be individually inspected to catch the misregistered sheets.

This level of inspection is not possible with runs in the millions, so today it’s a good thing we have six color presses.

For more information on print registration and map colors see:

Posted in History, The Map Vault